Diego Maradona… the football player that managed to become an Argentine legend, and for many, the only idol in this Southern American country. We can´t praise his performance enough. One goal against England back in the 1986 World Cup became a sports landmark that summarizes his legacy. Beyond his exceptional talent, the country´s passion for football and the thousands of fans who worship him, we cannot deny the great impact of this Argentine born on October 30, 1960, in Lanús.

he Argentine writer Juan Sasturain sought to describe Diego in one of his works: “Diego, like Argentina, is always a surprise for us. Argentines are apocalyptic, but they possess a survival reserve, which is closely related to the way this country was created. (…) What can be said about Diego can also be said about the country. They are always on the brink of the abyss, or on the abyss itself. Yet, in time, they resuscitate and now there is a wonderful horizon ahead. We have always been like that”.

Hector Negro, Rodolfo Braceli, Osvaldo Soriano, Eduardo Sacheri, or Eduardo Galeano are only a few of the many authors who have immortalized Diego in their works. Maradona left his mark not only in the world of football and of those who admired him, but also in the world of politics, in the neighborhood he grew up in, in the clubs he played for, as well as in songs and other artistic expressions. With all that in mind we have designed our Maradona´s tour…a journey that takes travelers from a mythical corner to the very stadiums that he played in. 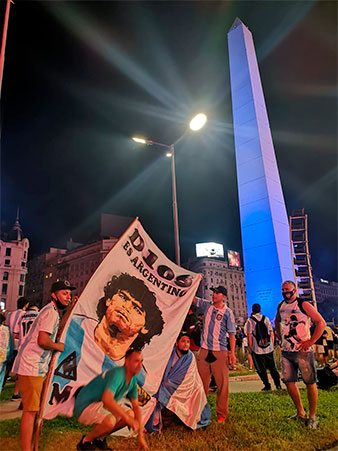 In a neighborhood called La Paternal lies the so-called “Casa de D10s”- the house where the former player and his family lived between 1978 and 1980, given to him as a gift by the Argentinos Juniors club. This is the only place inhabited by Maradona that may be visited, since his former home in Villa Fiorito is not open to the public. In Casa Museo, visitors will be able to see how the footballer used to live, as well as the furniture and even the deed of the house.

A street? In Buenos Aires street names are key when trying to orient yourself. Segurola and Habana 4310 is a specific address in Villa Devoto neighborhood (CABA). This place became a meeting point among Diego´s fans after the then player made a tough statement against a rival, to whom he “summoned” to his own place to continue the confrontation: “This is a message for Mr. Toresani: Segurola and Habana 4310, 7th floor…and I am likely to kick his ass in less than 30 seconds”, he boasted before the press.

That event took place on October 7, 1995, following his first match in Boca Juniors after having been penalized for doping in the 1994 World Cup. Boca was playing Colón de Santa Fé and, during the match, Maradona had several clashes with the then Colon´s player Julio César Toresani.
Since the death of the Argentine legend this house has remained a sacred place for fans.

Art has kept Maradona´s image alive in meaningful spots linked to his career as a professional or even to his early days in football. On Aristóbulo del Valle 50, Alfredo Segatori created one of the most visited murals. Even when you may be surprised to find one in almost every single corner of the country, it is in La Boca and La Paternal neighborhoods that these shows of affection abound the most.

Maximiliano Bagnasco´s in La Paternal sanctuary, or all those that stand out between Boyacá and Juan Agustín García streets. Portraits of Diego´s most memorable goals, dressed in Argentinos Juniors´ or Argentina National Team´s shirt. Art everywhere and love in abundance!

It may interest you: Magical, off-the-beaten-track villages to visit in Argentina

Before reaching this stadium you may visit Diego Maradona´s bronze sculpture on Alvarez Jonte and Gavilán, and then go on to the stadium where the legend played his first professional match in 1976, and while you are at it you may also get to know the museum and sanctuary, which were adapted a little after Maradona´s decease with objects and souvenirs brought by fans. 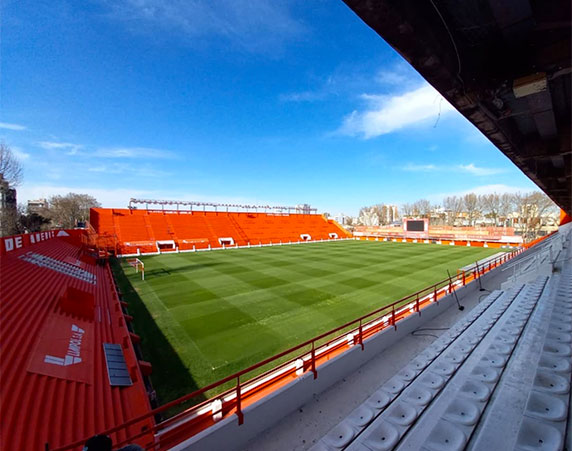 La Bombonera is indeed a landmark for football, passion and Argentine essence. It also used to be one of the football temples where “Pelusa” (Diego´s nickname as a child) played. Inside the stadium visitors may see his box seat, diverse shirts, trophies, photos, as well as murals and keepsakes of this Xeneixe icon all around. 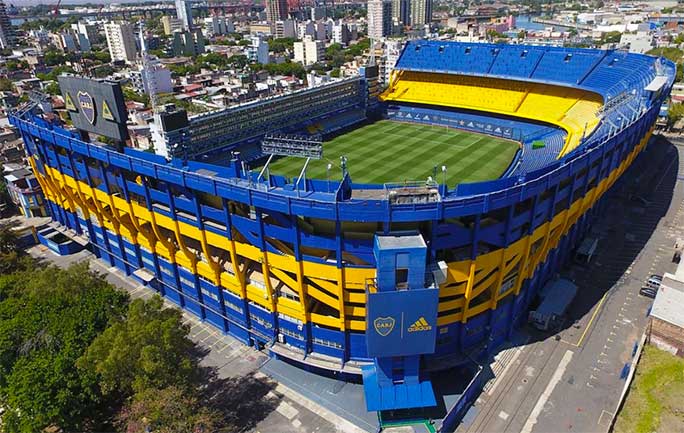 Diego Maradona passed away on November 25, 2020, when he was 60. His body was buried in a private cemetery called “Jardín Bella Vista”, which is located in San Miguel district, in Greater Buenos Aires. The legendary player´s grave may not be visited. However, the area has become a “shrine”, with plenty of mural paintings and messages all over the place. There is one mural that reads “Here rests D10s”, which welcomes travelers and locals who approach the place. 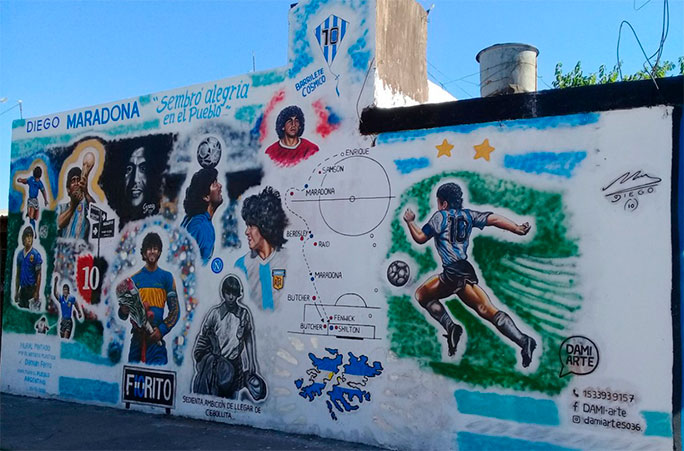 This bar-restaurant is not directly linked to Diego Armando Maradona, but the Neapolitan ambiance in the premises gives it a special flair so that your Maradona´s tour in Buenos Aires city comes to the best close possible. The establishment has a small space devoted to the iconic player. And while many associate Diego with Argentina, many others do so with Naples (Nápoles), where many Italians still pay homage to the Argentine player, just as we do here. 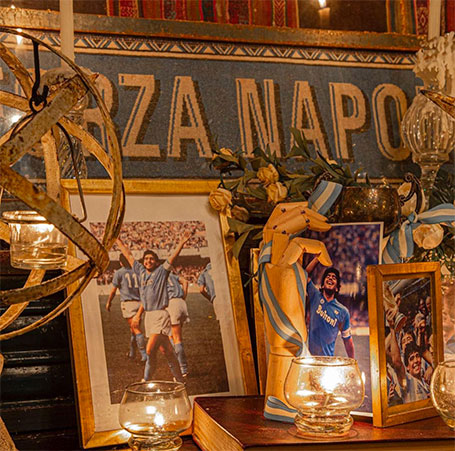