Your trip in Argentina will not be a complete experience until you have tasted the famous mate.
Mate…Despite the odd sensation it may leave on your palate and even body when tasted for the first time, this beverage is well worth a sip or two so as to understand its true importance and significance. 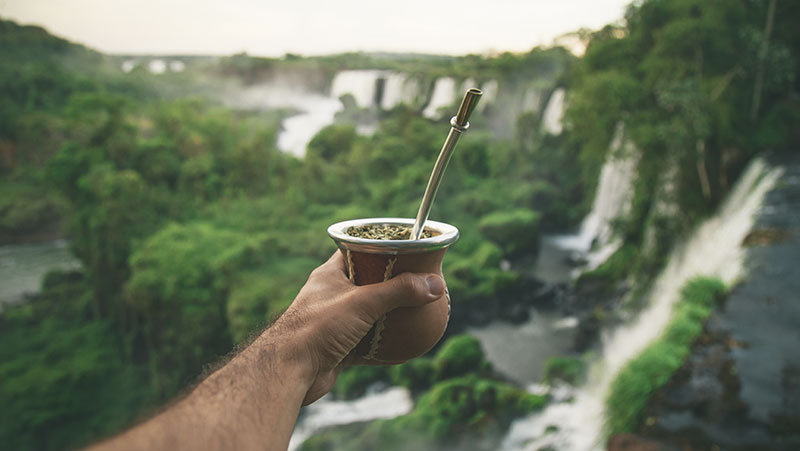 What is mate for Argentinians?

his infused drink, consumed all over the country, is an essential part of the most diverse cultures within our territory.

Mate brings people together and creates bonds that over time (and after several mates) may grow into great and ever-lasting friendships. While at university, in the workplace, while driving or studying, at home… There is always likely to be a good occasion to make some nice mates.

In Argentina it is common practice for locals to get together to drink some mates. Please note: When a person is invited to join a mateada, that means there is a desire to get to know them while sharing a pleasant moment.

In any case it is important to point out that, given the Covid-19 pandemic context, one should avoid sharing the same mate since this may be a highly contagious source. We are all looking forward to better times so we can enjoy this ritual in its original fashion once again. Depending on the season the mateada may take place in a park, at home, by the river or even while sitting on the waterfront. This invitation clearly embraces much more than simply sharing a few mates. In gatherings like this, one is likely to experience never-ending conversations, lots of laughing, confessions and even anecdotes from time immemorial. 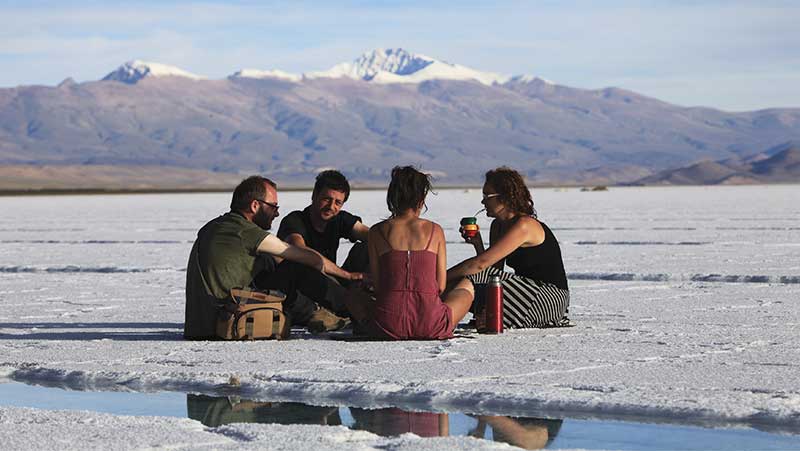 A little bit of history

Mate as an infusion was originally used by the indigenous guaranies in the territory of present Paraguay and the Argentine provinces of Misiones and Corrientes. As part of their funeral ritual, guaranies would bury the remains of their loved ones and in that very spot they would plant yerba mate. Once the plant grew they would harvest it, prepare the infusion and share it with their family by passing it round while sitting in a circle, just as it is done nowadays.

The indigenous guaranies performed these rites because they believed that in that way the spirit of their loved ones would grow along with the yerba mate plant and would then pass from the mate to their own bodies, thus making it possible for them to hold on to the deceased.

When the Spaniards arrived in this region, they realized that mate not only served to feed guaranies but also to boost their energy for work. By 1714, its consumption had spread to Bolivia and Chile. The Brits in Chile (who were slave traders of captives brought from Africa) also saw the benefits of mate; they tasted it and took it back to London, where it was most welcome. Legend has it that for a moment they even considered replacing the traditional English tea for mate, since the latter had greater benefits (both for health and economy, as it was less costly). 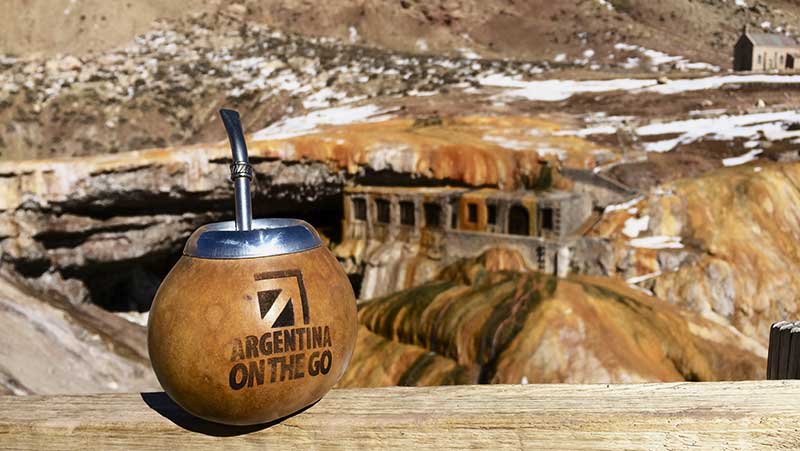 Some feature of mate

Certainly, when it comes to mate, its characteristic green color and its bitter taste are its distinctive features. Its green color is provided by the leaves of yerba mate (llex paraguariensis) which are previously dried, chopped and ground. Its bitter taste comes from the presence of tannins. For this reason, mate is often sweetened with honey, sugar and in some (fewer) cases with some sweetener.

Another common practice is adding dried leaves of a variety of herbs, like boldo, mint, lemon verbena, linden and “melissa”, which help neutralize the characteristic bitterness of yerba mate while making it more digestive.

This beverage is poured into a container named after it: the mate, the most common type being the calabash gourd. Yerba as we know it is first picked, dried and subsequently cured. It is drunk with a straw called bombilla, which is typically made of stainless steel or even silver. 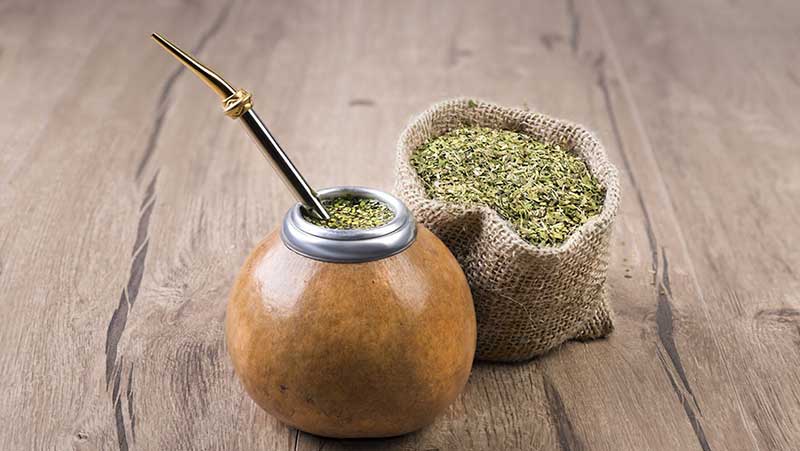 How is it prepared?

The gourd is first filled two thirds of the way with yerba. Then the mate is usually covered on the opening with one hand, turned upside down and shaken, so that the most powdery particles settle in the upper part of the content and the bombilla doesn’t get clogged. Once the mate is tilted back onto its base, hot water is poured. The ideal temperature of the water goes around 84*C. It should never be boiling, as this may scald the yerba and give it a disagreeable taste. Before brewing the mate, it is desirable to wet the yerba by pouring some water to one side of the gourd, so that not all of the yerba becomes humid and the mate becomes washed-out.

After a minute or so, the bombilla is inserted into the wet yerba and, once the hot water is poured, the mate is ready for drinking. For a sweet version of mate, some sugar may be added before each brew or, if a sweetener is used, this should be added to the water in the thermos flask so that it is dissolved and it doesn’t taste so strong or invasive.

It is worth mentioning that the true mate is drunk bitter. Actually many mate drinkers disagree with the use of sweet ingredients in mate.

Some people choose to refuse the first brew, as they may consider it too strong. Also a common practice among some mate drinkers is to sip some, spit this out and start brewing it afterwards. 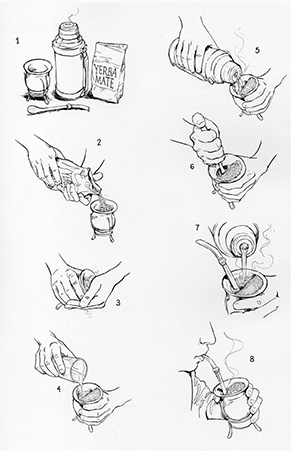 – The mate must be drunk till it makes a loud slurping sound, that is, to the very end.

– While being polite is highly desirable, you should only thank the server once you have had enough.

– While for some a washed-out mate may be considered as “offensive”, for others this is preferred, as it results in a milder taste.

Whereas there is likely to be mixed emotions about this beverage, mate is undeniably a key element in the identity of our country. As one story about mate goes, “Mate is the invisible bridge that connects Argentinians with others..”.

Come and venture further into the Argentine culture by tasting and experiencing this national symbol!