Puerto Madryn, a Culinary Treasure Trove to be Discovered

Puerto Madryn, a Culinary Treasure Trove to be Discovered

In our post today we are traveling to Puerto Madryn, a destination well-known for its natural wealth, its unique wildlife and the many attractions that represent the Argentine southern ecosystem. Unknown for some, though, is the fact that Puerto Madryn also owns a superb cuisine. For this reason, Argentina On the Go interviewed Chef and restaurant owner Gustavo Rapretti, a gastronomic connoisseur in the region. 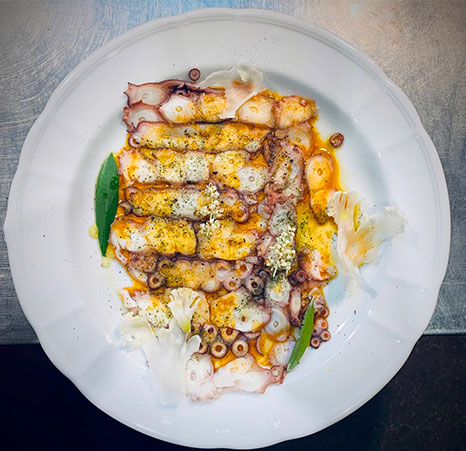 B orn in General Pico, a town in the province of La Pampa, Rapretti got a university degree as a Chemical and Biological Analyst and graduated as a professional chef from the IAG (Instituto Argentino de Gastronomía). He gained vast regional experience and consolidated his career as a chef by working at a great number of restaurants, such as Penélope (owned by Catalonian Joan Coll)), Gran Bar Duzón, and many other establishments in Ushuaia, Comodoro Rivadavia, Calafate, and so on.

He eventually reached Puerto Madryn to settle down and start a new chapter in his professional life. Here he created the gastronomic festival known as Madryn al Plato, aimed at bringing its regional food into the limelight. Rapretti is also the vice-president of Puerto Madryn’s Association of Hotels, Restaurants, Bars and related activities, and the driving force behind Chucaro – a group of chefs from Chubut whose aim is to consolidate the national cuisine.
This is indeed the voice of a true lover and expert of the Southern cuisine in Argentina, and in this interview today he invites us all to discover and enjoy Puerto Madryn from a new perspective. 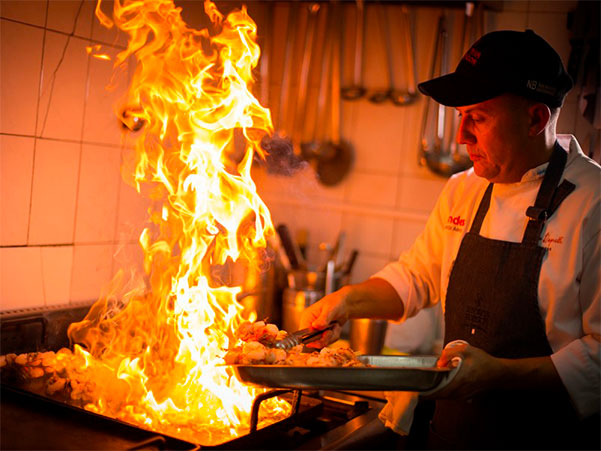 How would you describe Puerto Madryn’s cuisine?

“Our cuisine is predominantly based on seafood and has a strong alliance with the produce from the Valle and the Meseta. The most appreciated ingredients include shellfish (clams, scallops, mussels, cholgas, razor clams) as well as prawns, red octopus, Tehuelche mini octopus, white salmon, grouper, hake, sea bass and pollock. Some establishments serve dishes based on seafood exclusively, while others include seafood in a menu that also features red meat, pasta, risotto, among many other options. Lamb is the region’s emblem when it comes to red meats”. 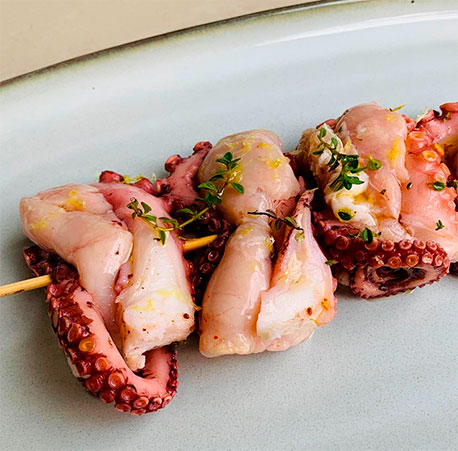 Do you feel that the local cuisine has undergone any transformation since the creation of Madryn al Plato?

“It takes time, persistence and even alliances among the different sectors for a destination to thrive within the framework of the Gastronomic Tourism. Madryn al Plato was developed with a goal in mind, namely to showcase our cuisine and our landscapes at a time of the year when, back in those days, Puerto Madryn wasn’t still popular with tourists (the months of June, July or August, which are prior to the whales’ season). The event was created to generate a gastronomic product oriented to the tourists; it enabled us to speak about our products, show them, offer samples, invite chefs from the region as well as from the rest of the country, interact with the farmers, get to know them, while enjoying the fascinating setting. The festival has been held on a different date each year since 2007, and it has grown exponentially since then. In the past, the seasons used to be more contrasted. This has changed, thus making the area more attractive for longer periods throughout the year, which is obviously very positive for travel destinations”.

It may interest you: The Must Sees in Puerto Madryn

What would you tell a tourist –in terms of the cuisine- who is visiting this region of the country for the first time?

Patagonia is as vast as its cuisine. We value the growth of regional farmers; depending on the area, there is a great variety of ingredients that are professionally used by our colleagues in order to showcase the local cuisine in each place. Visitors should take enough time to travel across the whole Patagonia and carry with them the memory of unique experiences and flavors.

What dishes from Puerto Madryn and from your restaurant would you recommend?

Dishes are quite varied. Octopus confit with seaweeds and sea asparagus, cured white salmon with pickled radish and cucumber, grouper with Gulf mussel’s sauce. All of my dishes include seaweeds and sea salt.

Information about this culinary festival may be found at www.madrynalplato.com.ar: recipes, gastronomic circuits, farmers’ fairs, classes and so much more, all about the region’s local food. Madryn al Plato is celebrated once a year, and for those who wish to participate, we suggest consulting our AOTG agents who will be glad and willing to assist. 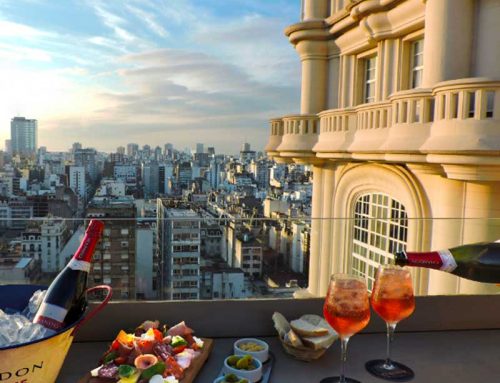 A Local’s Advice: What to Eat and Drink while in Buenos Aires 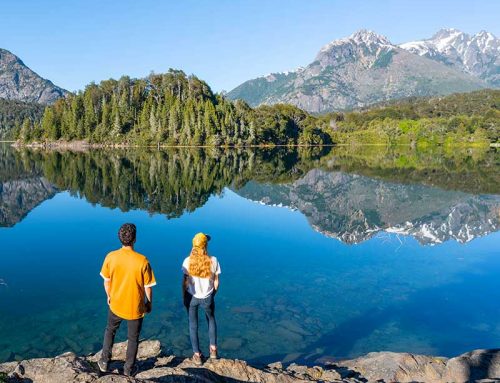 How Much Time Should you Set Aside for Each Destination in Argentina? 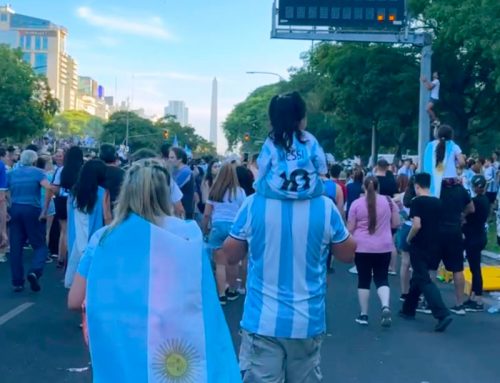 How was the World Cup lived in Argentina?