Argentinian Patagonia is home to bewitching views which unfold among wild lands – beautiful works of art created by the coming together of nature, ancient cultures and remote landscapes. The waters that lie in the far south of the American Continent fervently flow towards an unforgettable adventure. 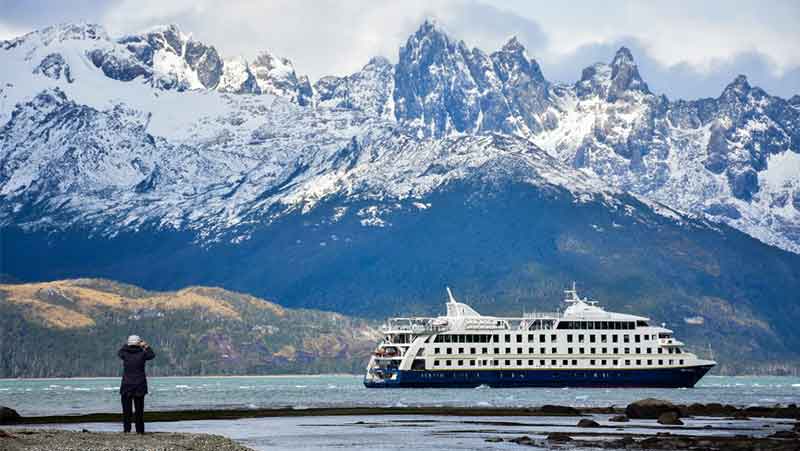 ince January 2018, the company Australis, with extensive experience in the market, has offered two new trips in one of their stunning Patagonian Cruise Ships which last five days and four nights: Fjords of Tierra del Fuego and Patagonian Explorer. Both routes include a total immersion into the majestic settings of Patagonia. It is specifically on the Fjords of Tierra del Fuego cruise that you will be able to enter the famous Beagle Channel, as well as visit the magical Cape Horn and even the astounding Chilean Magdalena Island.

Some people believe that Tierra del Fuego (“Land of Fire” in English) owes its name to the area’s volcanic soils. In fact, according to legend, the pre-Columbian tribes that lived in these parts for over 10,000 years would regularly light fires to withstand the low temperatures. Enormous plumes of smoke were spotted by European explorers that were stationed in the area, although it was specifically during Fernando de Magallanes’ expedition in 1520, that the name “Land of Smoke” was given to the area, which then ended up becoming Tierra del Fuego.

The Fjords of Tierra del Fuego trip will begin in Ushuaia, the island at the End of the World, founded on October 12, 1884. In the early years of the island’s existence, its population growth was relatively slow: it wasn’t until the seventies that the village started to become considerably populated. Today, however, the capital of Tierra del Fuego boasts an international airport, fine dining experiences, museums and all the necessary comforts to ensure tourists from all over the world feel warmly welcomed. In Ushuaia, the abundant sea, lake and mountain landscapes intermingle with a feeling of enormous excitement and adrenaline. It’s from here that passengers will board the cruise ship to set sail on a voyage of phenomenal surprises. 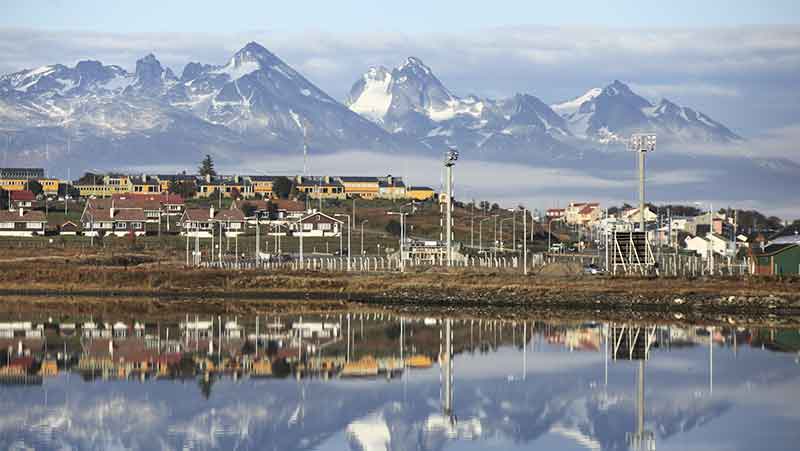 The boat will navigate through the Murray Channel and Nassau Bay, before coming to the famous Cabo de Hornos National Park, where it will be possible to go ashore if weather conditions are good. Cape Horn, the southernmost point of the American continent, was discovered in 1616 by Dutch explorers Jakob Le Maire and Willem Schouten. The latter named it “Kaap Hoorn” after the Dutch town where he was born. Declared part of the World Network of Biosphere Reserves by UNESCO, Cape Horn combines magnificent glaciers with extraordinary wildlife: penguins, dolphins, seals, sea birds and even whales can be spotted in its challenging waters.

Sunset will be enjoyed in Wulaia Bay, located in the northeast of Navarino Island and whose name means “beautiful bay” in the Yagán language. This is a historic site, not only because it is the ancient home of the Yámana people, but also because two famous Englishmen, Robert Fitz Roy and Charles Darwin, navigated through here. According to historians, Darwin began reflecting on the evolution of species during this adventure. The day will culminate with a visit to a viewpoint, which will be reached after crossing the Magellanic forest, which is bursting with cinnamon trees, lengas, coigües and ferns, among the most outstanding species.

Another of this adventure’s big attractions is the Beagle Channel, the maritime strait that connects the Pacific Ocean with the Atlantic. The channel has ended up becoming the only communication route between the islands of Ushuaia, Puerto Williams, Punta Arenas and Cape Horn. Les Éclaireurs Lighthouse, better known as the Lighthouse at the End of the World, is located here. From this vantage point, you can admire cormorants, sea lions, petrels, condors, gulls and penguins.

Towards the northwest of the Beagle Channel lies the Pia Fjord. Incidentally, it is worth noting that the fjords are a kind of geographical accident: valleys formed by glaciers that are then submerged in water. As a result, the Pia Fjord is somewhat narrow and deep. From here, there will be an expedition to a viewpoint from where the Pía Glacier can be appreciated. Later, we will enter the Garibaldi Fjord, although those who wish to do so may stay in the comfortable facilities of the cruise ship, while the rest make their way through the chilly Patagonian forest. 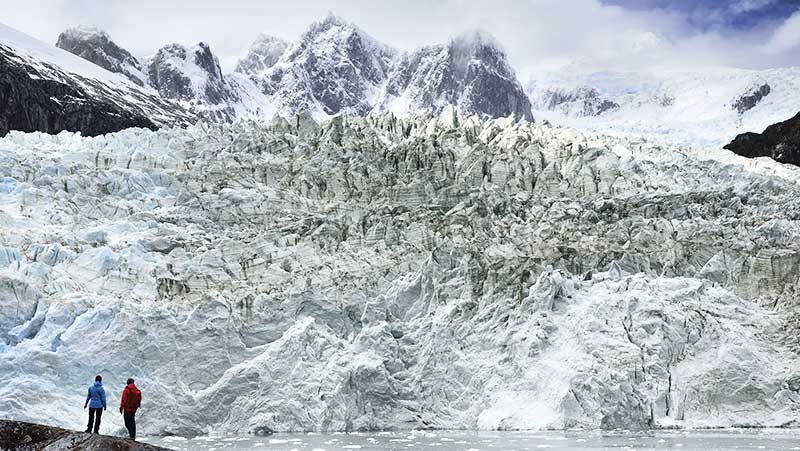 Following our course through the Cockburn Channel, we will enter the Seno de Agostini, where you can visit the glaciers that descend from the Darwin mountain range. You may also walk around the lagoon formed by the melting of the Águila Glacier. Later, in the afternoon, a boat trip will be offered for a close view of the Condor Glacier.

Before arriving in Punta Arenas, we will navigate through the Strait of Magellan, discovered by Hernando de Magallanes in 1500, to make one last stop: Magdalena Island. Considered the most important penguin colony in Patagonia, it has been a National Park since August 1966 and a natural monument since 1982. A walk to the lighthouse will give you a glimpse of the animals that are the main stars of the area. It is estimated that some 60,000 live on the island. During the months of April and September only, this activity will be replaced by a landing on Marta Island, where South American sea lions can be seen from inflatable Zodiac boats. 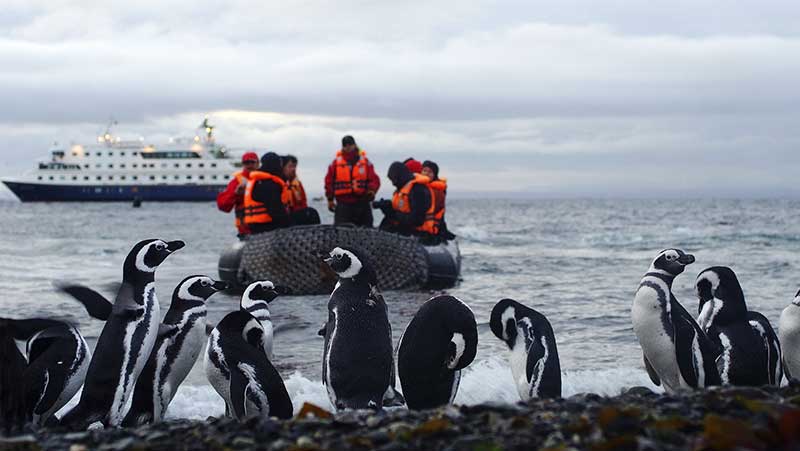 Finally, 19 miles later, the trip ends in Punta Arenas. It is important to mention that the same route can be taken in reverse from the final destination, visiting exactly the same places and with an identical travel time: five days and four nights.

The Australis cruise offers an outstanding array of wonderful activities on the Fjords of Tierra del Fuego trip. The atmosphere, the authenticity of the landscapes and the stunning Patagonian landscapes will offer a rare glimpse of utter freedom. 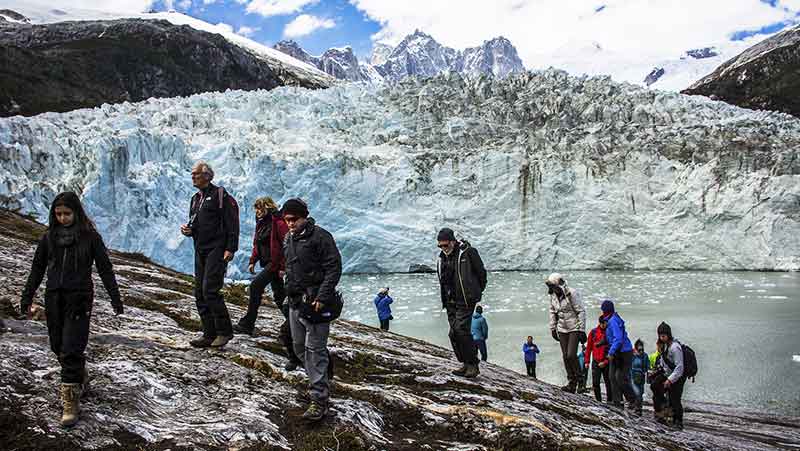 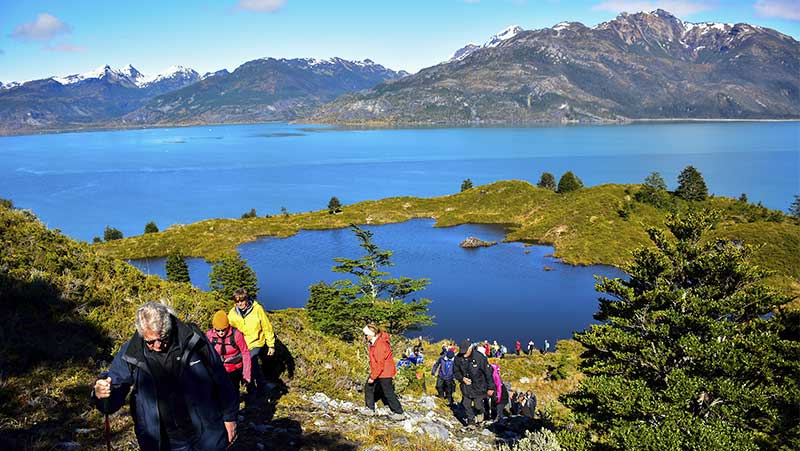 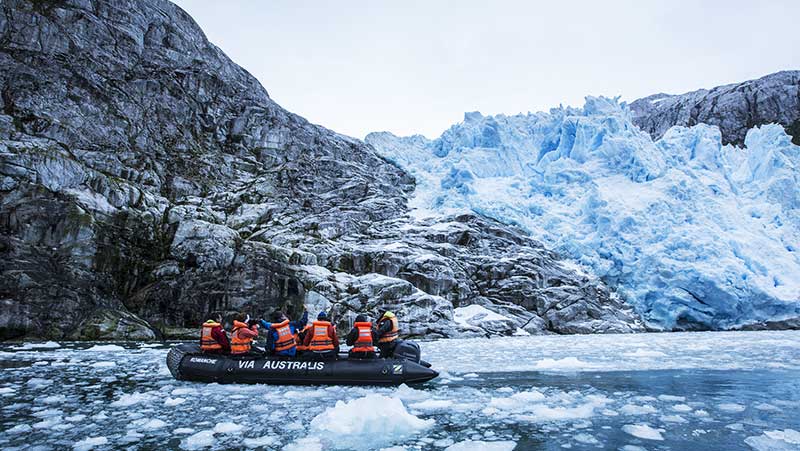